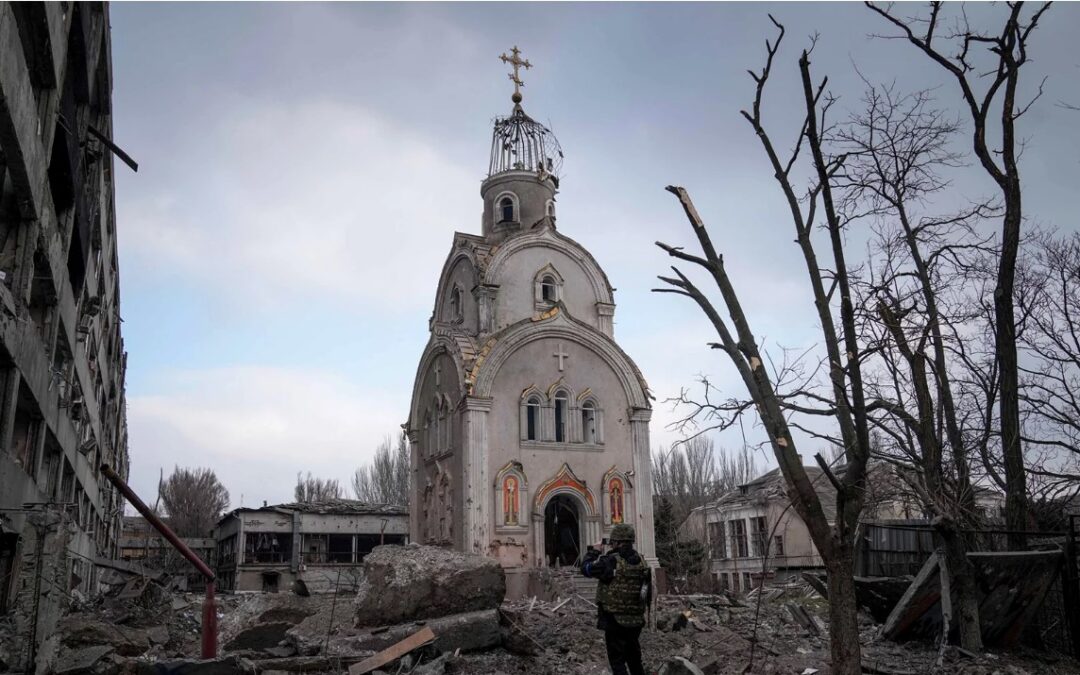 As the world watches with horror and concern the conflict between Russia and Ukraine, United Methodists in Virginia are actively engaged in ministry and mission with fellow Jesus followers in both countries, and new energy for such connections is being felt.

Following the collapse of the Soviet Union, United Methodists in Virginia and elsewhere engaged in mission, evangelism, church planting, worship, Bible study, and cultural exchange with people in several of the former Soviet Republics, including Ukraine and Russia. Virginia United Methodists had special connections with communities in Ivanova, Chelyabinsk, Pyatigorsk, Stavropol, and other cities in Russia, as well as in the Ukrainian cities of Lviv and Kiev.

As the Virginia Conference’s attention turned to other communities in Brazil, Cambodia, Mozambique, and elsewhere, a few congregations continued connections and ministry in Stavropol, Russia, as well as Kiev and Lviv, Ukraine. This summer, the spotlight again shone on Ukraine and Russia in an unexpected and surprising way.

“We pray that this disbursement of funds honors our commitments and helps in the ongoing work in Eurasia to make disciples of Jesus Christ for the transformation of the world,” said the Rev. Laura Stratton, pastor of the Southern Albemarle Charge, Three Notch’d District.

While the Russia Initiative Committee is no longer active in Virginia, there are still ongoing relationships with churches in Eurasia.

For more than 20 years, Blacksburg UMC has been in partnership with Kyiv, Ukraine’s Spring of Life UMC, and the Kyiv UMC Center’s ministry with children and families at risk; the history of this relationship is rich with many wonderful forms of ministry, interaction, shared mission and Bible study, and financial support. For more information about this work and how you might join in it, contact Jennifer Cooper ([email protected])

Grace UMC in Manassas’s original engagement in Lviv, Ukraine began in the mid-2000s with three mission teams from Grace working “Youth for Jesus,” a youth ministry that grew to become St. John’s UMC. Now that St. John’s has become self-sustaining, Grace is in constant contact with Pastor Volodya (one of the original youth impacted by Grace) and sends financial support each year to assist the congregation’s ministries. For more information on this partnership and how you and your congregation might share in it, contact Hannah Nixon ([email protected]).

Luray UMC has been engaged with Russia’s Stavropol UMC since 2011. Luray UMC provides annual financial contributions to the church and more recently their mission church in Novotroitskaya, which has a ministry to Roma people. A monthly Zoom meeting has been active for the past two years; both congregations share what they are doing in ministry, how they can support one another, discuss topics of mutual interest, and share in Holy Communion. You can contact Walt Surratt ([email protected]) at Luray UMC for more information about their ministry and opportunities for partnership; if you would like to join their meetings, he can also provide the Zoom credentials.

If you are interested in learning more or supporting these or other ministries elsewhere in Eurasia, you also may contact The UMC’s Eurasia/Central Asia Partnership Coordinator, Mel Munchinsky at 480-266-0468 or [email protected].