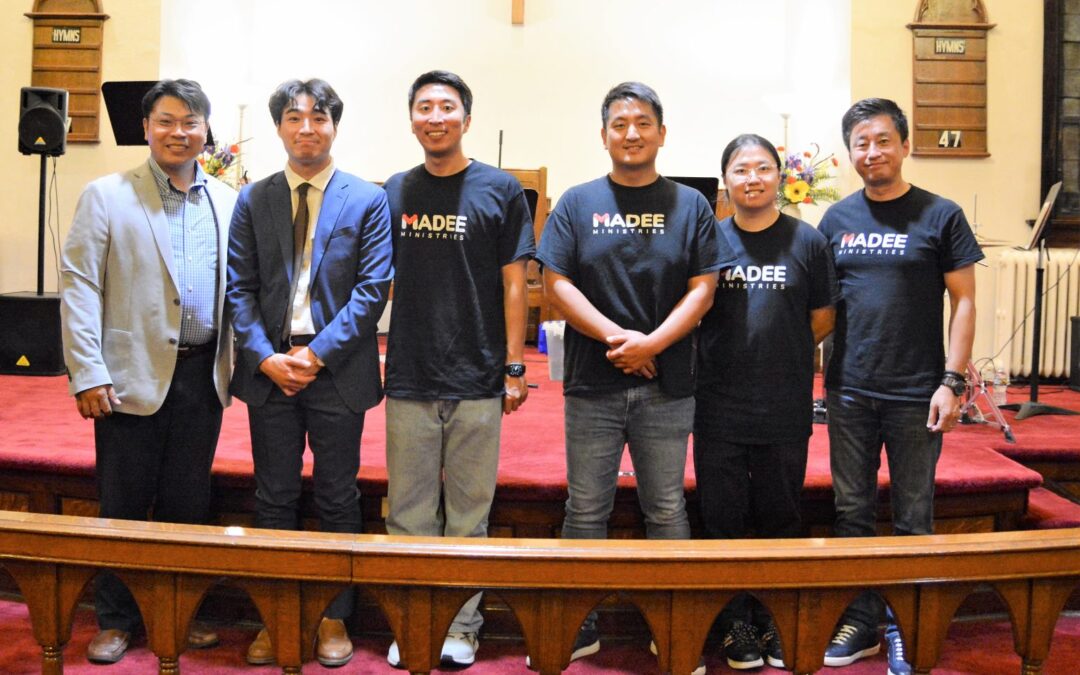 Pictured above: The Thrasher Roanoke Korean Church which meets on Sunday afternoons at Thrasher Memorial UMC in Vinton celebrated their 5th anniversary on August 13 and 14. Saturday night was Praise Night with music and a message. Shown left to right are the speaker, the Rev. Seungsoo “RJ” Jun, Pastor Seong Jae Jo, and the musicians from Madee Ministries.

The Thrasher Roanoke Korean Church, which meets at Thrasher Memorial United Methodist Church in Vinton on Sunday afternoons, celebrated its fifth anniversary on August 13 and 14. The Korean congregation is led by Pastor Seong Jae Jo, who also serves as Associate Pastor and Youth Director for Thrasher Memorial UMC.

The Korean Church at Thrasher originally formed in 2017 with a dozen or so members. The church started out meeting in members’ homes, then moved to a small office space on Jamison Avenue in southeast Roanoke. Their desire was to find a permanent, more spacious, and more church-like location; however, the cost of building their own church and its maintenance was prohibitive.

A series of conversations and the efforts of several pastors and church members at Thrasher brought the Korean Church to Thrasher Memorial. Read more…